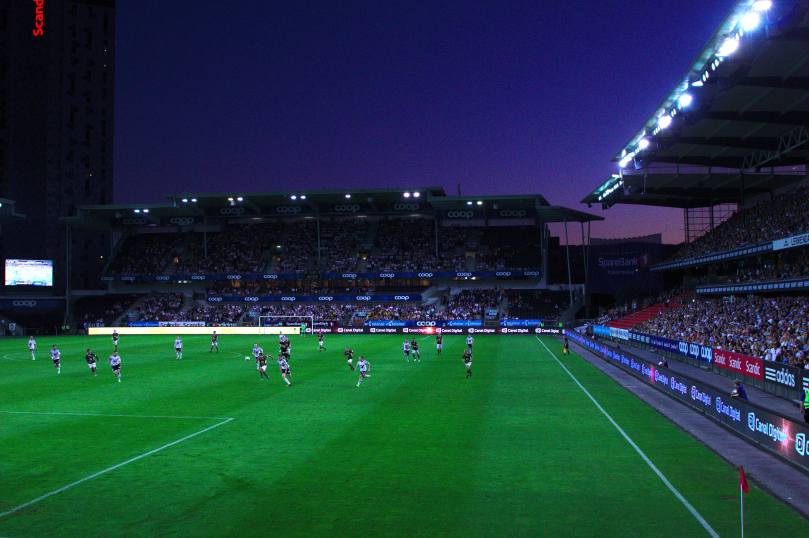 Leicester City has actually won the Premier League. One of the greatest stories in sports has its happy ending.

So, how exactly did Leicester do it? Manager Claudio Ranieri actually installed a pretty simple style of play. Leicester doesn’t mind if the other team has the ball. They’ll either sit deep, or press high up the field, with Danny Drinkwater and N’Golo Kante taking more risks in central midfield.

One thing anyone who has watched Leicester will notice is that as soon as anyone wins the ball, they immediately look up for Jamie Vardy making a run in behind the defense. Take Vardy’s first goal against Liverpool: As soon as Riyad Mahrez received the ball, he instantly played the ball over the top of Dejan Lovren and Mamadou Sakho, knowing Vardy would be running. The ball bounced perfectly, and Vardy smacked it into the top right corner of the net.

If Leciester cannot counter quickly, they’ll look for Marc Albrighton to swing a cross into the box, or for Riyad Mahrez to cut inside and create something from there. They won’t, however, play tiki taka like Barcelona. They have one of the worst pass completion percentages in the league, hovering around the mid-50 percent level all season. By comparison, Arsenal has a pass completion percentage in the mid-80s.

It is a pretty simple scheme, but no one really figured out how to beat them. They lost only three times all season: twice to Arsenal and once to Liverpool. That’s it. Leicester used a straightforward style of play to complete one of the greatest stories in soccer history. Well done, Mr. Ranieri.